Three vacant lots owned by Louisville Metro Government were selected to be transformed into new Russell neighborhood amenities, and one additional vacant lot was cleared and landbanked for future use.

This vacant lot behind Sweet Peaches restaurant at the corner of 18th Street and Muhammad Ali Boulevard has become a community outdoor kitchen and gathering spot. The space features shaded seating, a community barbeque pit, a movie projection wall and new landscaping. 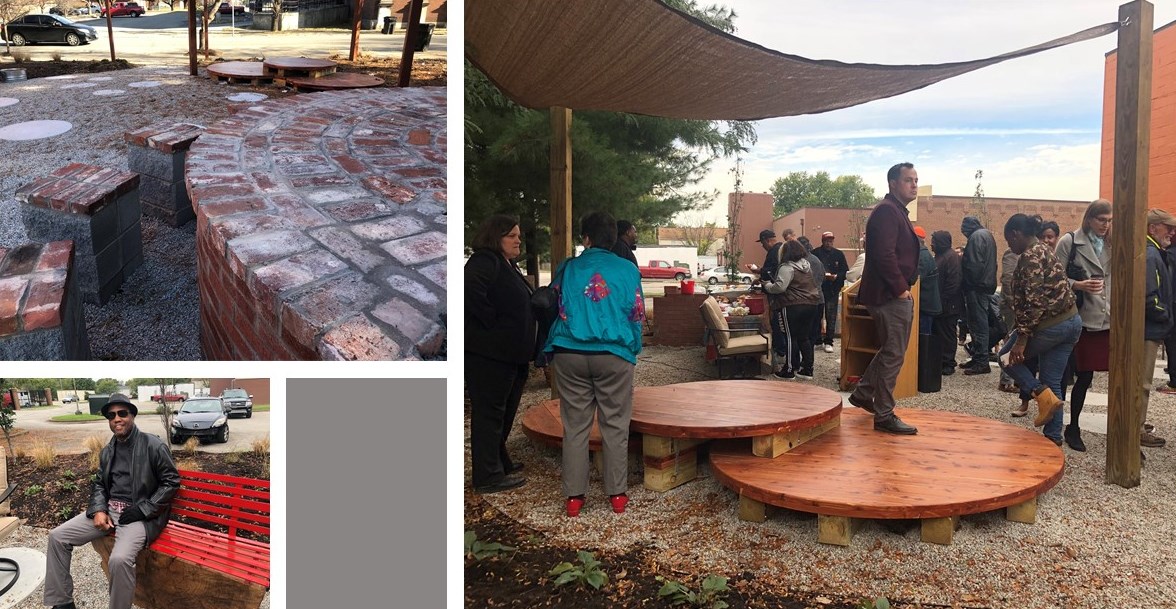 This narrow lot is positioned in between two other lots that Louisville Metro Government now owns.  All three lots have been cleared of brush and debris and landbanked for future use. 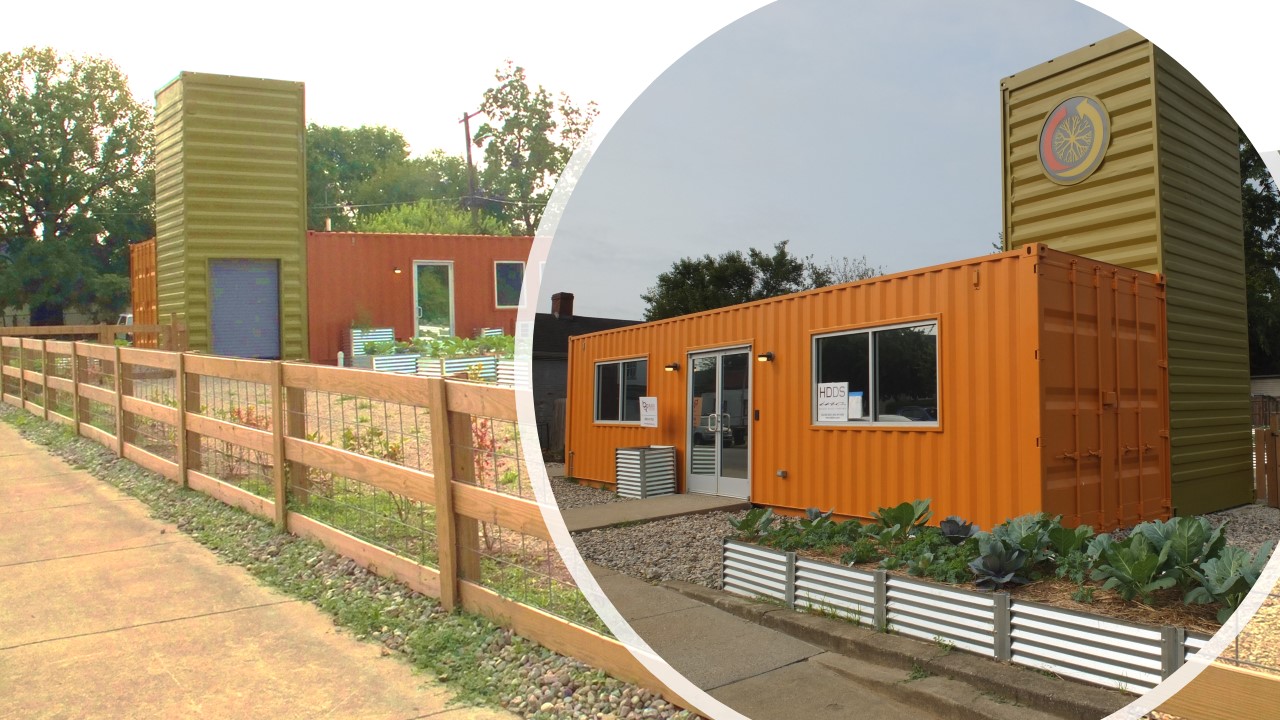 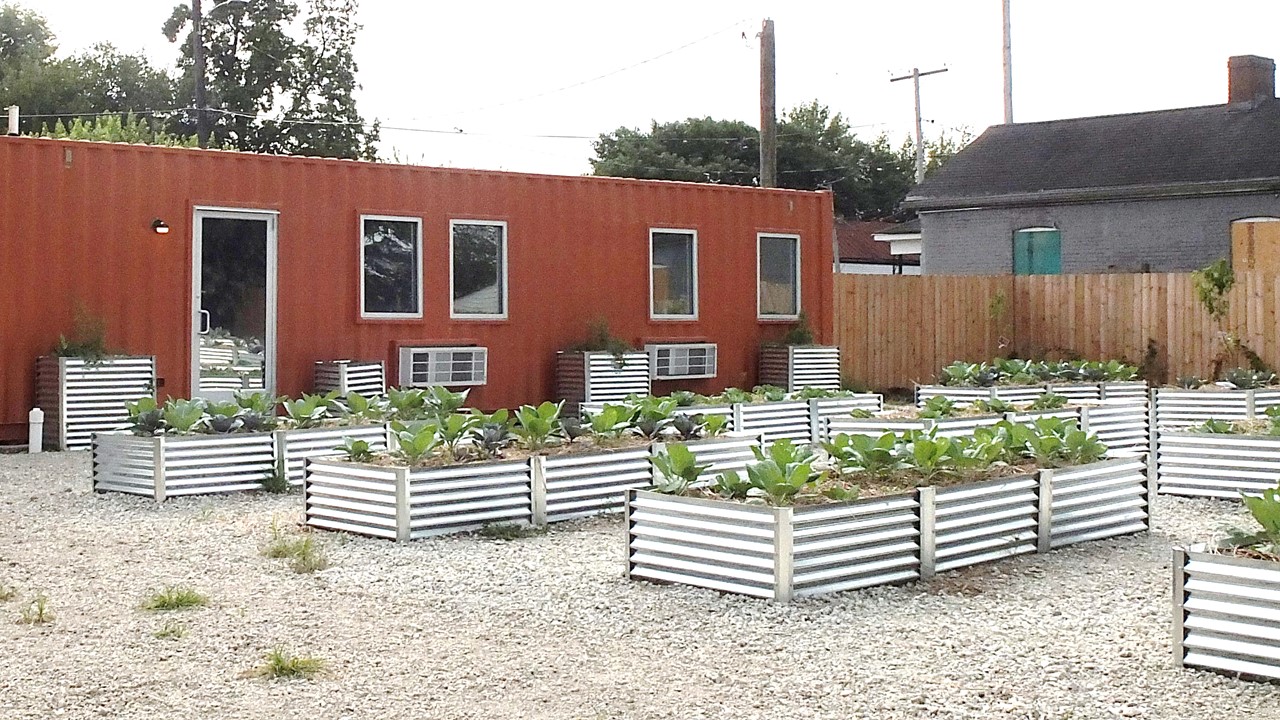