As part of its Choice Neighborhoods Initiative (CNI), the Louisville Metro Housing Authority (LMHA) received $1,000,000 from the Department of Housing and Urban Development (HUD) to implement four “Action Activities” in Russell – physical projects that were designed to support existing investment, and spur additional community improvements and economic development in the neighborhood. Per HUD’s guidelines, Action Activity projects were also required to support the Vision Russell Transformation Plan.  Louisville Metro Government (LMG) contributed an additional $375,000 towards these Action Activities.

To gain community input on what Action Activities residents would like to see in their neighborhood, The Center for Neighborhoods partnered with alumni of the Russell Neighborhood Institute and Beecher Terrace residents to conduct a neighborhood-wide poll with Russell residents of all age groups in the Fall of 2016.

Residents clearly expressed a desire to see vacant lots improved, as well as neighborhood parks.  Community members also said they would like more bus shelters. Based on these poll results, four Action Activities were selected: 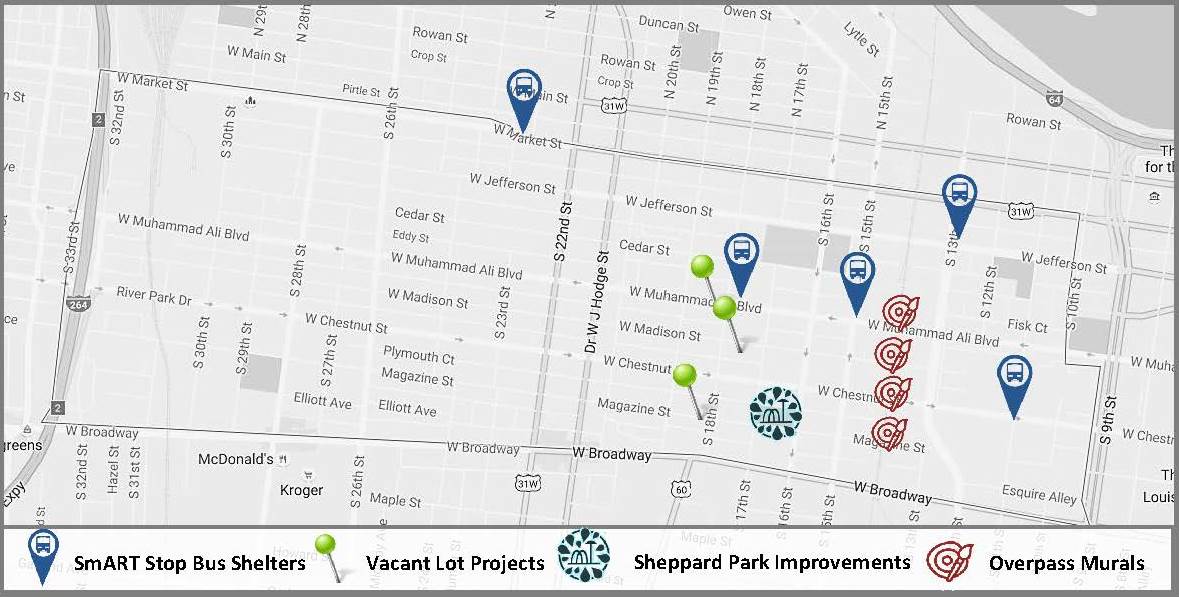