Beecher Terrace, located in the Russell Neighborhood, was a severely distressed public housing development built in 1939.  The site, comprised of 31.40 acres on four super blocks, is bordered by Muhammad Ali Boulevard, Jefferson, 9th and 12th Streets, and included a total of 758 one, two and three-bedroom apartments.  The buildings and site had many deficiencies, including a street grid that was cut off from the surrounding neighborhood, narrow alleyways and isolated, interior courtyards.

Through Louisville’s Choice Neighborhoods Initiative Implementation and Supplemental Funding grants from HUD, the Beecher Terrace housing complex is being transformed into a new mixed-income, sustainable, walkable, and amenity-rich community.  Commercial businesses will be featured on the first floor of select buildings along 9th and Muhammad Ali.  A total of 640 housing units will be constructed on the Beecher footprint, including 620 mixed-income rental and 20 homeownership units.  Construction of all housing will be complete by September 2025.  Learn more about the new Beecher Terrace community HERE.

The current superblock layout of the site will be broken into smaller blocks that more closely mimic the typical residential block sizes found within Russell.  To accomplish this, several new streets will be added, including the new Liberty Street connector, which will provide easy access between Russell and Downtown Louisville.

Beecher Terrace households were relocated to other housing during construction and will have a lifetime preference for returning to the new Beecher Terrace site, as well as additional replacement housing being created in Russell and other areas of opportunity throughout Metro Louisville.  For more information, visit “Original Beecher Residents”  under the Housing Opportunities tab.

About the Developer - McCormack, Baron, Salazar

McCormack Baron Salazar is honored to be part of the Vision Russell Choice Neighborhood team alongside our partners at the Louisville Metro Housing Authority, Louisville Metro Government, and, most of all, the residents of Russell and Beecher Terrace. We recognize how hard everyone has worked to form Vision Russell as the strong foundation on which to carry out Russell’s transformation plan, and we are thrilled to be selected as the Master Developer for the Housing portion of that plan.

McCormack Baron Salazar has a history of working in Russell, and we are excited to be returning to the community. In 1986, we rehabilitated and converted several historic homes in the 2100 block of West Chestnut to much-needed multifamily rental housing and built new infill construction for a total of 41 new for-rent apartments in Russell, called Chestnut Manor. And in 1991, McCormack Baron Salazar, financed by a local Louisville bank Citizens Fidelity (now owned by PNC), constructed 150 new apartments, a community management space, and a pool at Hampton Place with a 70% affordable/30% market rate mix in rents.

We are proud to have contributed to attracting new investment within the neighborhood as a result of these activities. From single-family renovation to new construction, we have watched as adjacent blocks in Russell have received infusions of new capital and investment. We look forward to continuing this work with the Choice Neighborhood effort.

The vision and principles guiding the Russell Choice Neighborhood Transformation Plan are very much in concert with the McCormack Baron Salazar philosophy and work over the past 40 years. We believe housing is a platform for investments in people and neighborhoods that achieves transformative results. 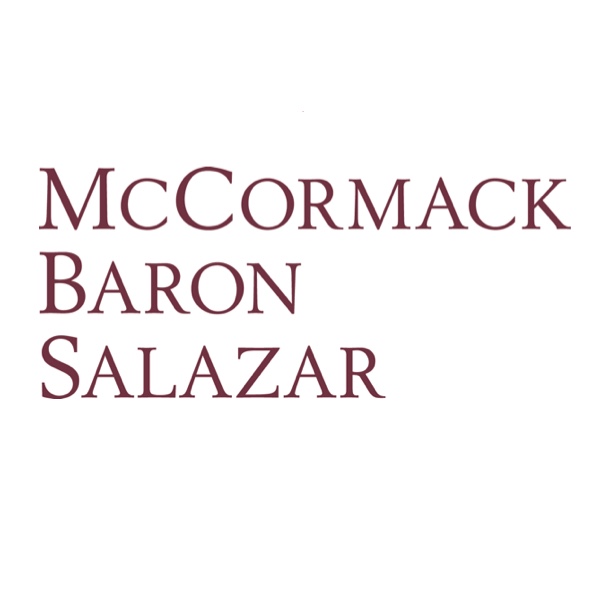 Beecher Terrace is located in the Russell Neighborhood; the severely distressed public housing development was built in 1939.  The site, comprised of 31.40 acres on four super blocks, is bordered by Muhammad Ali Boulevard, Jefferson, 9th and 12th Streets, and includes a total of 758 one, two and three-bedroom apartments.

Louisville Metro Housing Authority received a $29.574M Choice Neighborhoods Initiative Implementation grant award from HUD on December 12, 2016 to implement Russell’s Transformation Plan.  These funds are leveraged with over $200M of additional public and private investment in the neighborhood.

A total of 640 housing units will be constructed on the Beecher footprint, including 620 mixed-income rental and 20 homeownership units.

The new sustainable, walkable, and amenity-rich Beecher Terrace community will feature commercial businesses on the first floor of select buildings along 9th and Muhammad Ali, and a renovated and expanded Art Deco style community center flanking an Olmsted-designed park.

About the New Beecher Terrace

All 758 of the original units at Beecher Terrace will be replaced in conjunction with the redevelopment of the site. Replacement housing units are being created on the Beecher Terrace site, as well as other locations within the Russell neighborhood, and neighborhoods of opportunity throughout the city.

Once housing development is completed on-site in September 2025, there will be a total of 640 mixed-income unites on the Beecher Terrace site including:

The Beecher Terrace Choice Neighborhood project will include an aggressive Section 3 program that is designed to help provide training, employment and contracting opportunities for economically disadvantaged persons.

Historically, LMHA has exceeded its goals for Minority, Female and Disabled Business Enterprise (MBE/FBE/DBE) participation for its projects, including all three of its HOPE VI Revitalization Developments (Park DuValle, Liberty Green and Sheppard Square).  It is expected to do the same with the Beecher Terrace redevelopment. To achieve this consistently high level of performance, LMHA has a MBE/Section 3 Coordinator on staff.

The MBE/FBE/DBE firm participation percentage goals for the Louisville Choice Neighborhoods project are:

The Louisville Choice Neighborhoods project has achieved the following results:

The architectural firm of Urban Design Associates (LINK) crafted the original master plan for the redevelopment of Beecher Terrace.  The plan is being refined throughout the development process with the help of Sherman Carter Barnhart Architects (LINK). The master plan for Beecher Terrace currently includes a 117-unit, four-story elevator building for persons age 55+, a 42-unit elevator building, and a variety of townhouses and garden style apartments.  Buildings have been designed to complement the architecture in Russell and surrounding neighborhoods.

The revitalized Beecher Terrace community is being designed and built in accordance with Enterprise Green Community and Energy Star standards, which have been shown to deliver significant health, economic and environmental benefits to families of all incomes. Enterprise Green Communities is an organization that helps developers, investors, builders and policymakers make the transition to a green future.

In addition, at least six residential units will be certified LEED Homes, and LEED Neighborhood Development status will be sought for the Beecher Terrace community.  The LEED program, or Leadership in Energy and Environmental Design, supports more sustainable, environmentally sensitive construction projects and neighborhoods.

To help fund the costs of these features, LMHA applied for and was awarded a 2016 Affordable Green Neighborhoods grant valued at $44,500 which provided technical assistance, support, and waivers of LEED ND registration and certification fees.

Other specific green features and activities at Beecher Terrace include:

In addition, all newly constructed Beecher Terrace units will be smoke-free.